Created attachment 7607 Comparison of a playlist before and after bunglement

When cycling through multiple tracks in rapid enough succession, the title of one track the user skips over will be copied to the title of the following tracks, resulting in the tracks' listings displaying an incorrect name in the playlist panel. The track finally skipped-to will show the wrong title for just a moment, before fixing itself. As well, going back to said bungled tracks (without mashing the the next/prev buttons) will fix the titles. The issue occurs regardless of whether shuffle is on.

This has been tested with version 0.9.2 as well as the most recent git version as of posting.

Attachment 7607, "Comparison of a playlist before and after bunglement": 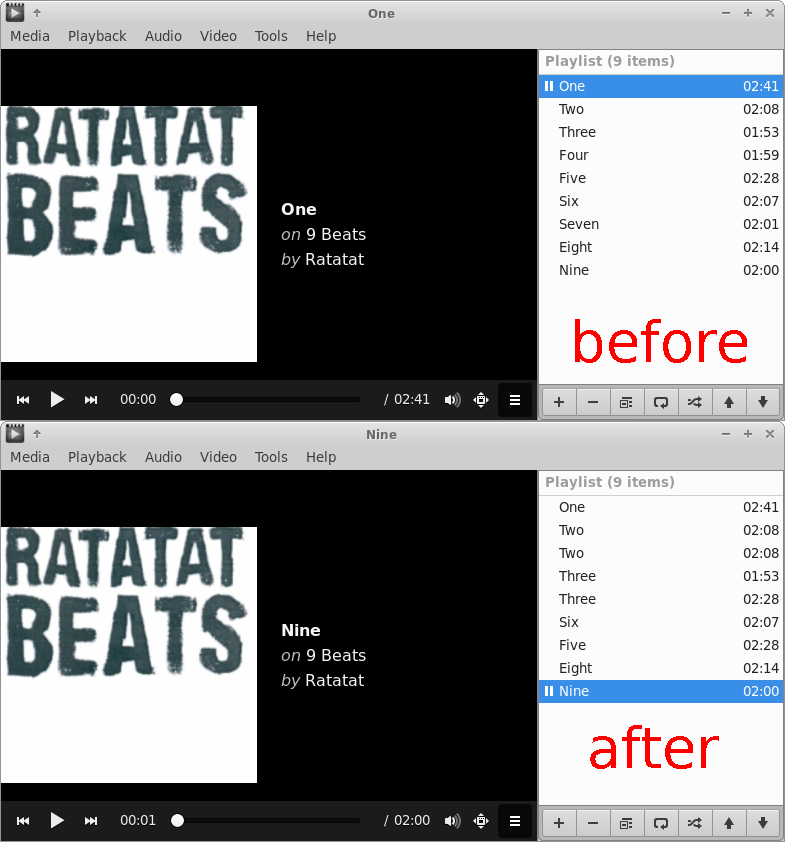