The new options for Potentially Unsafe Paste warnings are great. I'd like control over the text's line breaks. 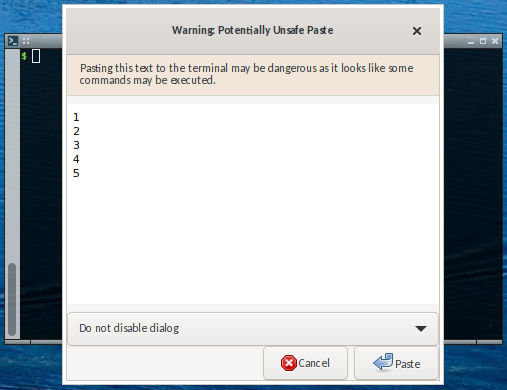 If the text box were read-only, I'd propose radio buttons: 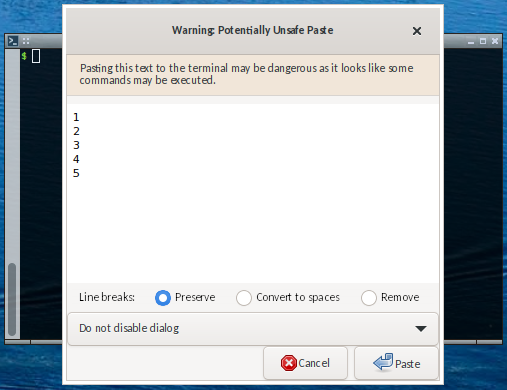 This adds radio buttons (which only require one click rather than a drop-down menu's two clicks) for how to treat line breaks: Preserve them, convert them to spaces, or remove them. Clicking a radio button would immediately convert the text in the white preview box.

However, this text box is editable (🤩 I just figured that out), so I'm actually proposing some buttons: 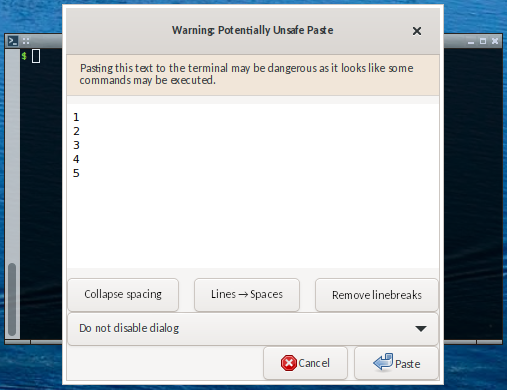 The three buttons would do:

I don't feel like doctoring another image, but another option would be to have a heading (like my first mockup with radio buttons) for "Spacing:" and then buttons for Collapse and Lines → Spaces and No lines

The bottom row could also contain ⮢ Undo & ⮣ Redo and/or Reset buttons, but that's overkill—this isn't meant to be a power editor and the user can just hit Cancel and paste anew.